FLEX 11 on location with the Today Show Australia

from Greg at G Kay Productions down under:

"Attached are some photos our operator took on a recent road trip as mentioned. Christine Coles is a full time freelance teleprompter operator for Australia’s premier morning show the “Today Show”. It’s a national show on air on the Nine Network live Monday to Friday 5:30am to 9:00am. Normally studio based from the TCN Nine studios in Sydney the producers decided last year to “Take the show to the people…” and embarked on several road trips around Australia. 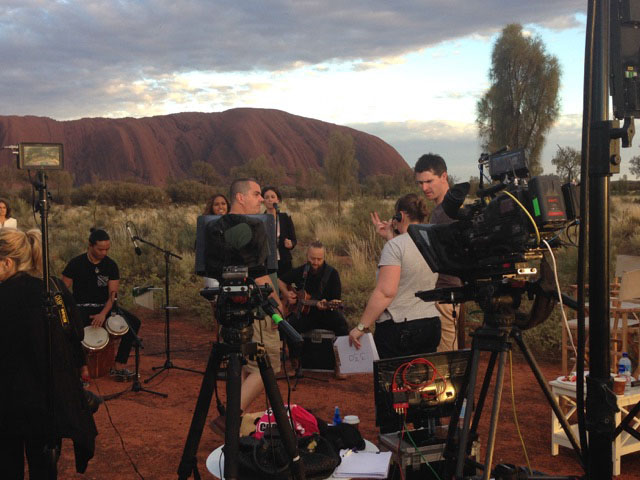 The road trips take a week Sunday to Friday and each day is from a different part of Australia. The attached photo’s are from central Australia (Uluru or Ayres Rock) and Longreach which is outback Queensland and is the birth place of QANTAS airways. Qantas stands for “Queensland And Northern Territories Air Services” QANTAS supported the crew on this trip that also took in a show from South Australia’s Barossa Valley and a show from on board a cruise ship in Sydney Harbour. As you can imagine it was a hectic schedule with the crew flying to the destinations and rigging the set the afternoon before a 4:00am call time for the next morning’s show. After the show was off air it was a case of pack up and off to the airport for a flight to the next days destination. Sometimes a five hour flight then rig ready for the next morning’s show. Christine found the Flex 11 kits a dream to use. Once she set the mounting fixtures for the cameras balance the prompter setup was a few minutes work at each location. Script and communications with the Nine Networks ENPS server were another challenge which took her more time so she was grateful of having the hardware side as an easy setup. 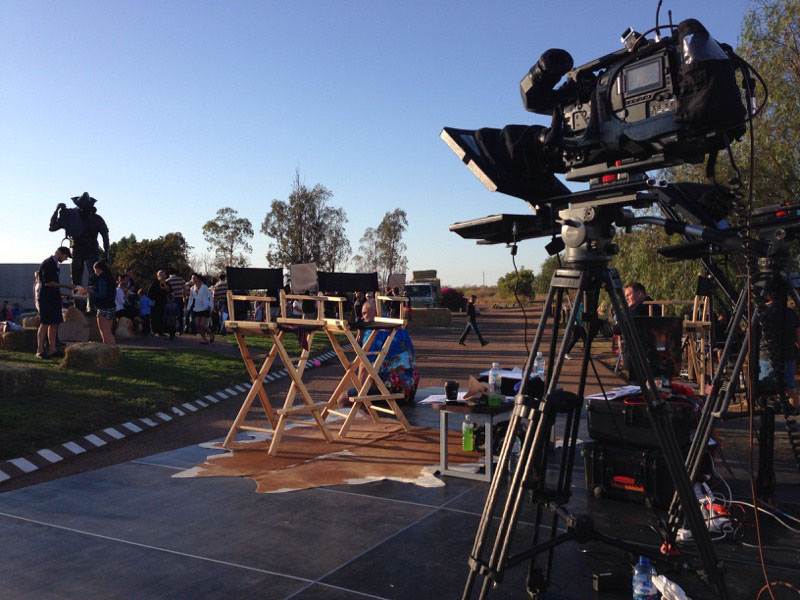 Whilst the shows producers and hosts were initially concerned about the smaller screen size at 11” rather than the 17” studio monitors they quickly overcame the size issue and simply moving the cameras a few feet closer solved the problem. The sets were smaller than the studio so moving cameras closer wasn’t a problem.

Last years road shows were such a success with increased ratings this year several more trips are scheduled."