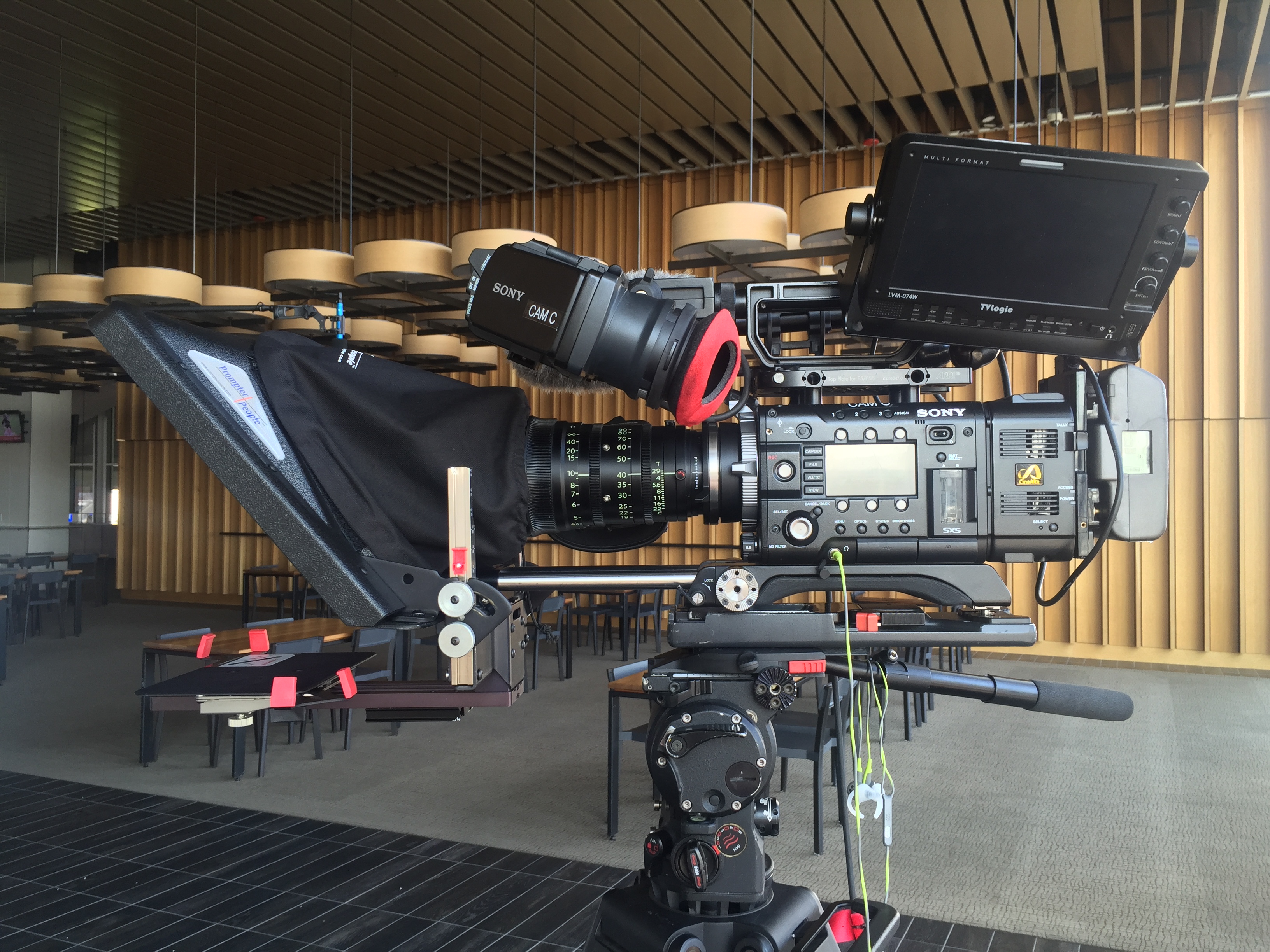 according to videographer Trey Dillon:

"The 15mm rails are simply mounted to the Sony VCT-FSA5 shoulder mount accessory which was designed for the Sony F55 camera that we are using. The PRO-DSLR system is working out pretty great...(we) mount the prompter while using DSLR lenses and larger cine lenses Fuji cabrio 19-90 in the picture"

The San Franciso 49er organization uses the rig to prompt players while doing promotional pieces both in studio and on location.